He told that it was too early to say what had caused the crash.

The Airbus 321 is thought to have broken up in mid-air over the Sinai peninsula on Saturday, killing all 224 people on board.

On Monday, the airline Kogalymavia blamed “external influence” for the crash.

But the head of Russia’s Federal Aviation Agency, Aleksandr Neradko, told Russian TV that such talk was premature and “not based on any proper facts”. 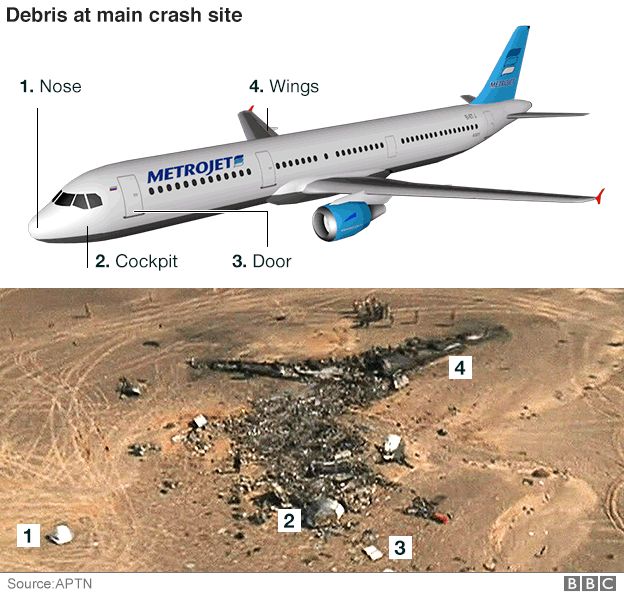