A Tamil should become the Chief Minister of the East :This is the wish of the SLFP 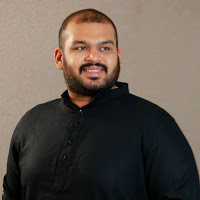 A Tamil should be elected as the new Chief Minister of the East. The Tamils should pursue intensively the task of electing a person with high level of personality. Let the situation where Tamils were left cheated prevail anymore, said the Chief Organizer for SLFP in Paddiruppu Electorate, Era. Chanakkiyan. He said this while commenting on the contemporary political situation to the media.

The Eastern Provincial Council election should be held soon. Because we are wishing that a Tamil be elected as the Chief Minister of the East. The political culture of the Tamils is heading on a path of intake of new faces without political experience. The new comer has to start from Zero as far as politics and acquaintances. Those who are veterans in politics and are having a vision into future should become Chief Minister.

There is no Tamil in the SLFP or UNP with the political stratagem needed to be the Chief Minister. People may think that I am talking in favour of TNA. No, it is not like that. I am talking with the future of Tamil people in my mind, he said.

Previous PostNew crisis to struggle of relatives of Missing persons, Temple Administration asks them to leave Next PostClearing work undertaken in Kanchikudichcharu Thuyillumillam