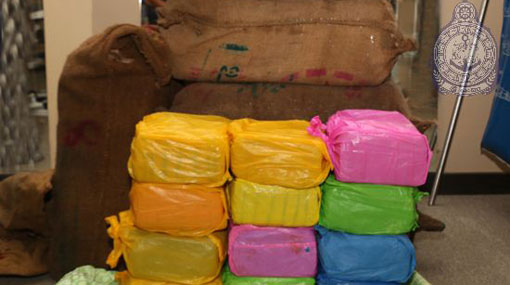 Sri Lankan Navy yesterday captured 150 Kgs. of Ganja that is being smuggled in boat in the Point Pedroand arrested 4 persons, the police said.

Sri Lanka Navy men who were on a day patrol off Point Pedro had come across a suspicious boat. When they searched the boat they found 150 kgs. of Ganja and arrested 4 persons in the boat.

The ganja is believed to be smuggled from India.

It is notable that even amongst the  tight operations of the Security forces , large amounts of ganja is being captured periodically. Recently a packet of ganja was discovered near one of the police stations in the North.