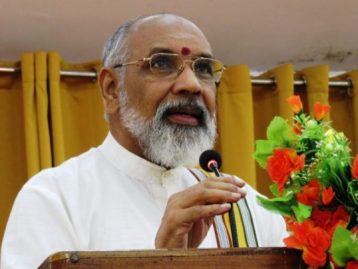 Following the Maveerar day message of former NPC CM, Justice C.V.Wigneswaran the police security for him was suddenly withdrawn. In a context where this had caused much dissatisfaction among people and it had largely attracted the attention of the media, and President Maithripala Sirisena examining the possibility of granting police protection to the CM again, with Prime Minister Mahindha Rajapakse, the police protection has been resumed, it is learnt.

Former CM,  Wigneswaran  had written a letter regarding the removal of his security to the President.

He had pointed out that the security being provided to former Eastern CM, Ahmed Naseer, although,  several months have passed after the expiration of his term and the security threat alert issued to him.

It is in this context that the security has been re-provided to him.

Previous PostThe will not forgo 1,200 acre land, says the Army Next PostTNA to support UNF to form the Government – all 14 MPs sign letter to president