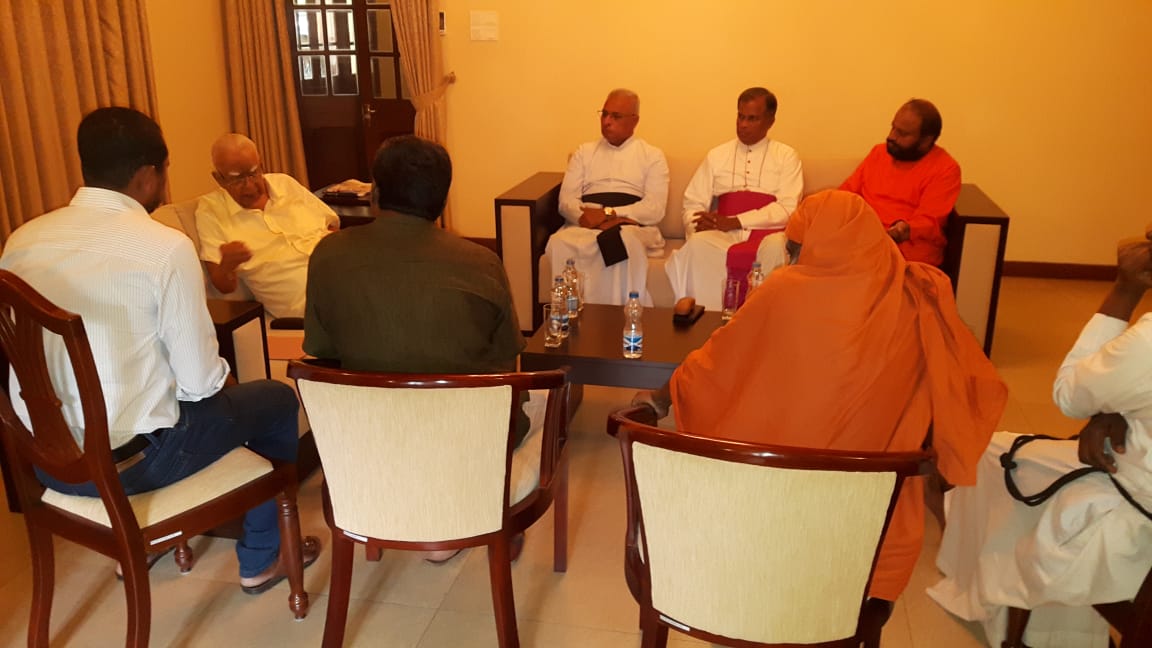 The Special group formed by Tamil People’s Council is in the process of meeting Tamil Political Parties regarding the Tamil people taking a strong unanimous stance towards the President’s Election.

This group had a discussion with Tamil Makkal K0oodany yesterday, The Secretary General of TMK, C.V. Wigneswaran  along with Project Secretary, Thavachelvam Sitparan and Central Committee member, AAL, Mrs Rupawathy Surenthiran participated in the discussion.

The Special Group will continue to meet political parties in its attempt to reach a consensus on President’s Election.