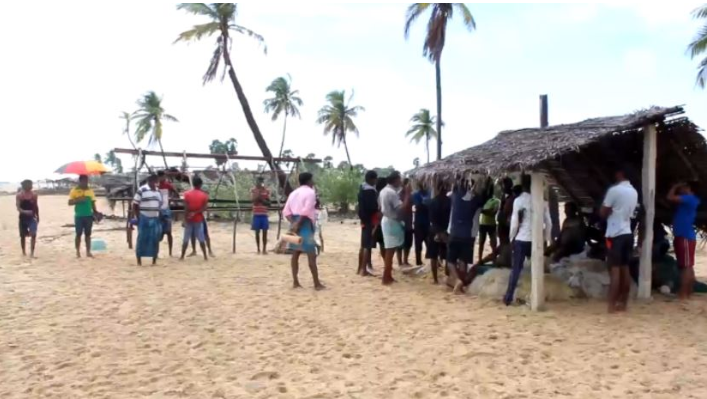 All 8 companies who had transgressed into state lands in Vadamaradchchi East, and established vadis for catching Beach de mer,  are in the process of removing their Vadis, following court order.

They had set up vadis in state lands under the purview of the Kilinochchi Courts. The Maruthankerny Divisional Secretary filed a case against them charging for putting up vadis without permission of the Divisional  Secretary.  The companies are in the process of removing 32 vadis. It is expected that around 850 migratory fishermen will leave the North.

Previous PostDemonstration in Colombo in support of TPPs, with the participation of Sinhala people including Buddhist monk Next PostWorld Tourism day celebrated in  Jaffna